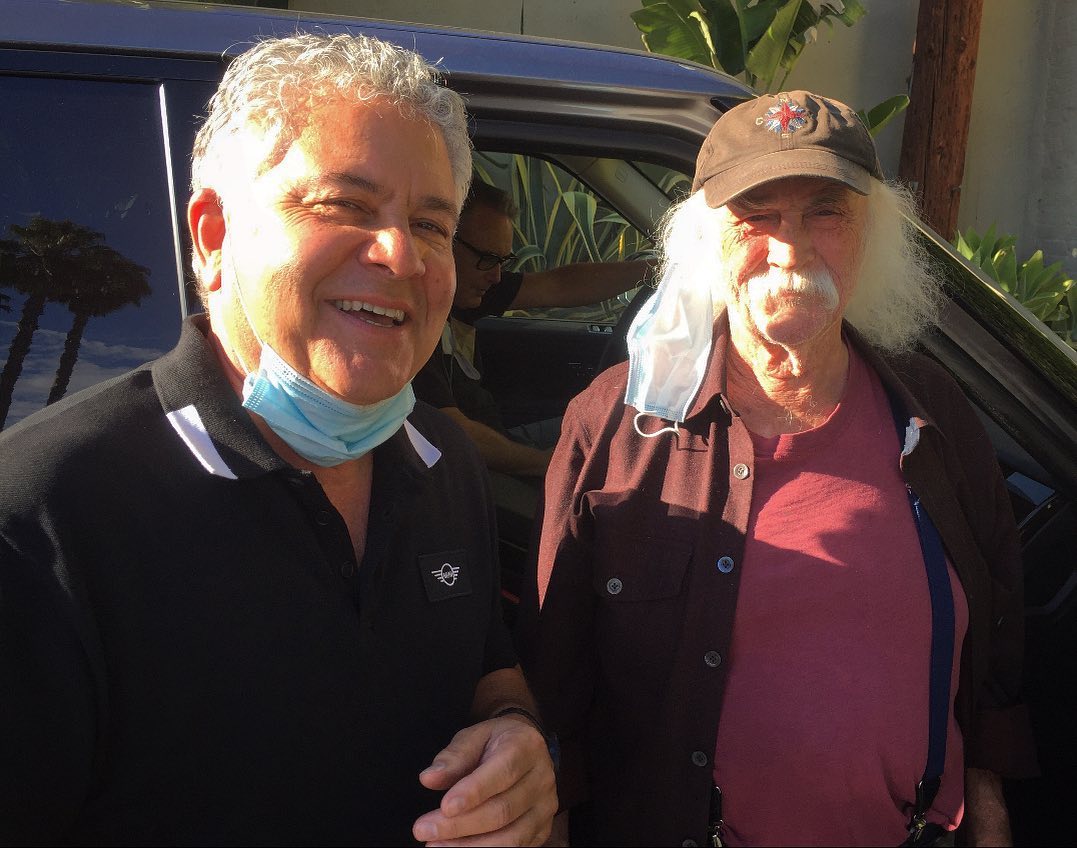 David Crosby was recently in with his son, James Raymond. They put on the finishing touches and mixes for an upcoming album in Studio 1. Ironically, I first met David in that same studio over 50 years ago when my father allowed me to sit-in on my first rock & roll session. At that time David was with friend Steven Stills, who was working on some final songs for the last Buffalo Springfield record.

The staff engineer at the console was Jim Messina. Crosby also had a “mystery lady” with him at that time. I later found out this lady was Joni Mitchell, who he subsequently produced her first record in that same studio!